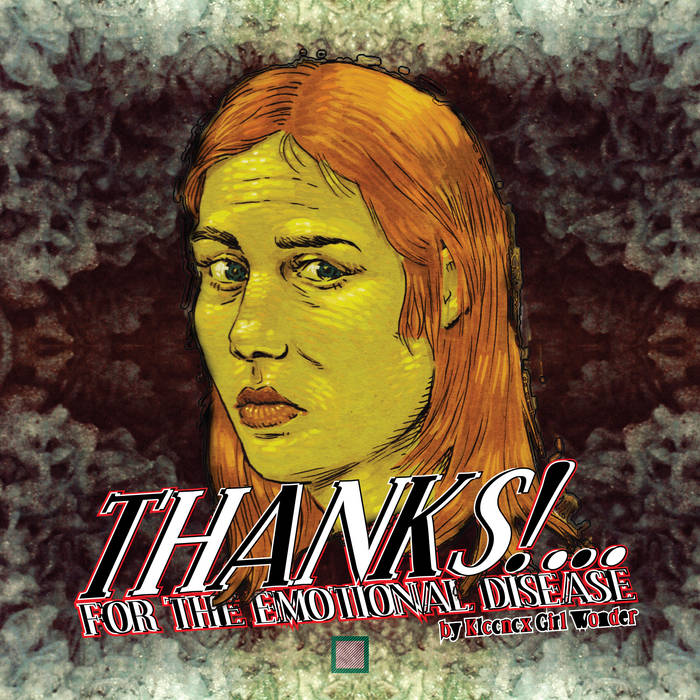 "Thanks!... For the Emotional Disease" was the first, primary, and only (and thus penultimate) single from the 11th KGW album, "Secret Thinking."

It's available here as a free download to encourage you to love music in general and Kleenex Girl Wonder music in particular, in especial particular this song. Here's some more about this free song:

"This track, while not technically written before ALL of the other songs on Secret Thinking, can be thought of as the first song written in the Secret Thinking era.

It started in March 2008 during a fight. It felt like once you've been in a problematic relationship, those problems follow you wherever you go. Note: I am not sure if this is scientifically true.

Most of the rest of the song was written on a train platform in Amsterdam, during the week that "Secret Thinking" as an album came into being.

Then I wrote the second verse in a popular skateboarding location near my home.

The final run, which is one of my favorite ever, was written at my brother's house in Harrisburg, PA, in which he no longer lives.

Please note that writing this song involved two searches to find the best rhyme for a line.

One of these searches led to the purchase of a genuine pair of Boeing-branded sunglasses, which a lens pops out of occasionally, but which still offer some comfort from the dull, oppressive sun." - Graham Smith, some point in the 21st century